A New Minefield: How Crooks Profit From Delhi’s Cryptocurrency Craze 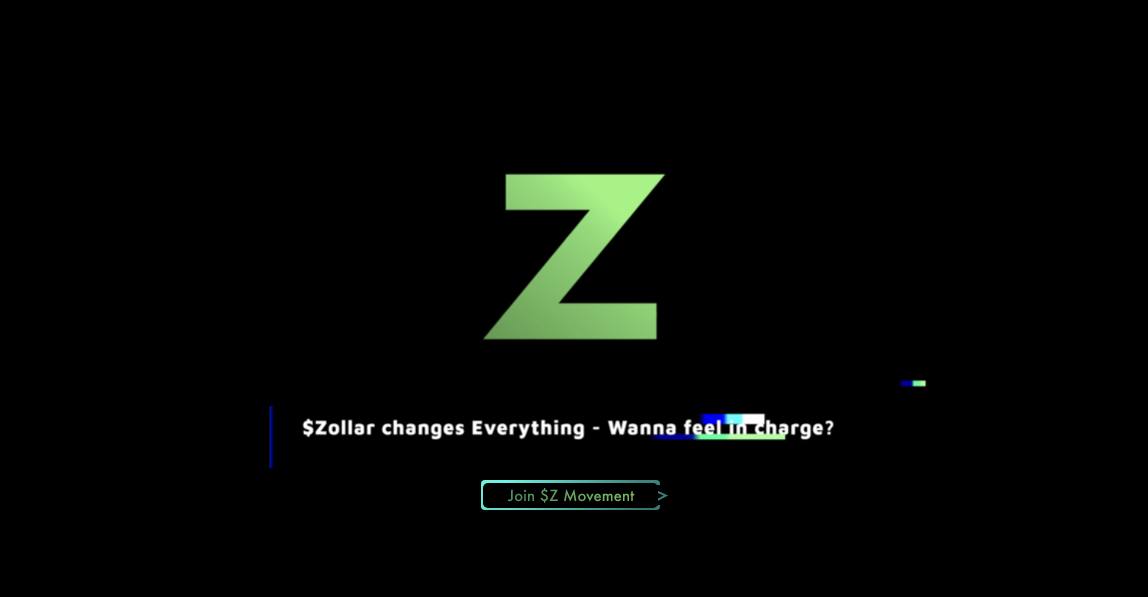 Zollar – A token for the next zillionaires 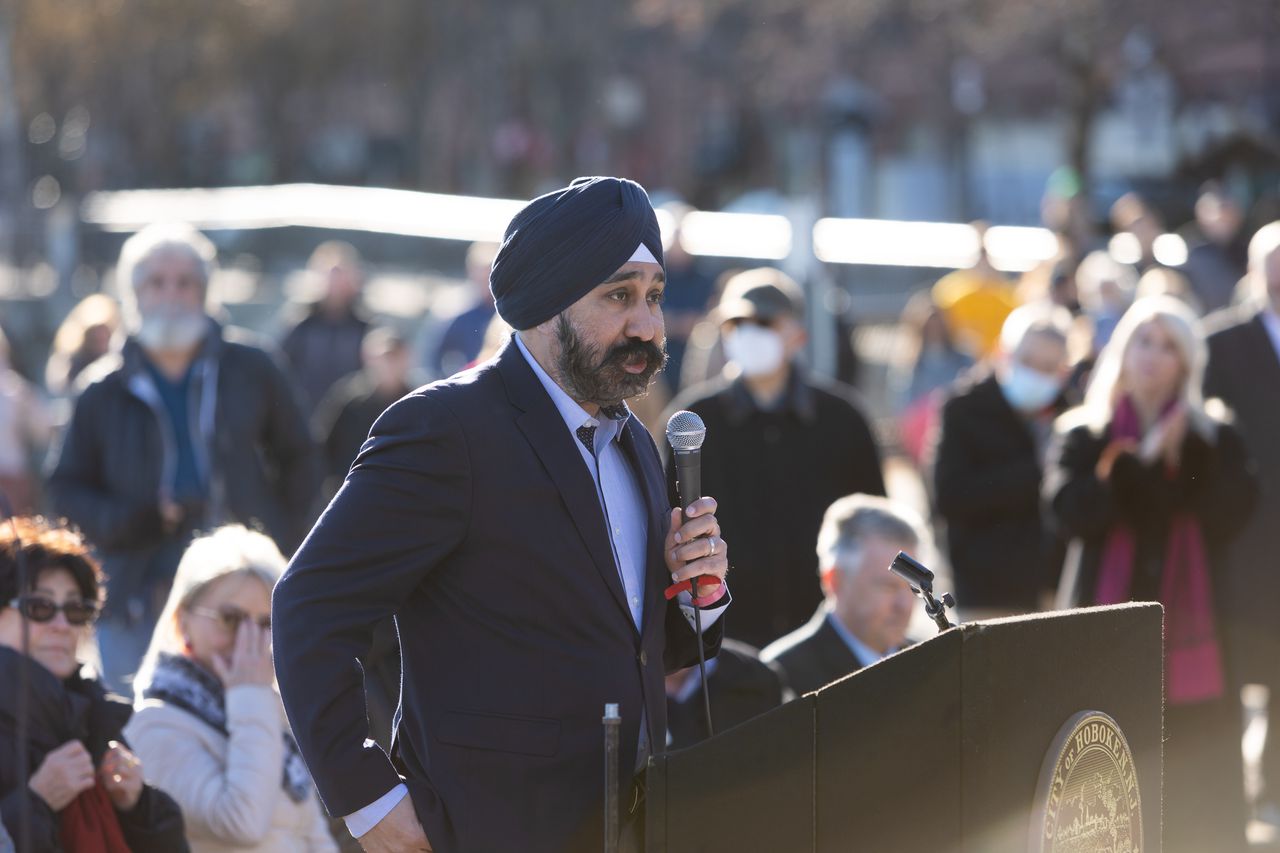 Last year in March, 24-year-old Kapil Singh, an employee of a private company in Gurgaon, decided to profit from the cryptocurrency boom. He and his friends researched several social networks that were discussing investing in Bitcoin and Ethereum, and decided to invest money in a US-based company that looked legitimate. Months later, Singh found out that was not the case.

Singh is among several people who have been duped by scammers, who have found a new path in cryptocurrency and are using fake virtual currencies or apps to scam people. According to data from the National Cybercrime Reporting Portal, more than 50 complaints were lodged in Delhi from January to June of last year; Delhi reported the second highest number of crypto scam complaints after Maharashtra, where 72 cases were filed. The unofficial number, however, is likely higher.

Singh said, “I started working in 2020 and wanted to invest in cryptocurrency. I ran into a man on Twitter with verified ID and thousands of followers. His scheme seemed genuine as he said he has been investing in cryptocurrencies since 2009 and many celebrities have tweeted about him.

Singh and his friends started investing 5,000-10,000 Rs per month. Initially, they received refunds and gifts. Some of Singh’s friends even received phones.

“We were very impressed. We found a program where you can spend 25,000 rupees and later receive a Samsung phone. Later there was an Ethereum program where you could buy coins through its website. I spent over Rs 70,000 hoping for good returns. We then found out that we had been cheated – the site was gone, and so was the money. I was very scared to tell my family about it because it was my savings. My friends found out that he cheated on over 500 people like this. We kept sending him messages, but he never replied… ”Singh said.

According to Delhi Police, several gangs operating fake apps, phishing websites or call centers claiming to deal in cryptocurrency have been dismantled in the past year.

In the past 12 months, DCP (Cyber ​​Cell) KPS Malhotra said, more than 20 people have been arrested in three cases and Rs 35 crore assets have been frozen by the CyPad team in Delhi. The cheated money is estimated at Rs 200 crore.

Singh said, “They operate through shell companies, bogus investment apps, multi-level marketing (MLM) programs… The accused can be traced once we receive complaints, details of them. banking transactions and website information. ” But police have admitted that apprehending the culprits is not always easy as many operate from overseas.

Much like the stock market, the crypto market has exchanges or brokers who act as facilitators. These exchanges often charge a fee or commission for each transaction. Some even offer rewards for reaching a milestone, others offer a membership bonus.
Police said a majority of scammers use the reward system and promise high returns to attract investors. They are creating bogus apps in China and inviting people in India to invest using mass messaging and social media marketing.

This is how Priyanka Joshi (27), who runs her father’s clothing store in Ghaziabad, was the victim of such a scam. In 2020, she spotted ads on Facebook for a company called “Forex Bitcoin,” which promised a 30% return in less than a year, as well as other “programs.”

“I asked my friends and they told me it was safe. We were invited to a Telegram group where we were able to chat with other investors. My dad trusted me and I invested over 2 lakh Rs in an MLM program in a year. They had Google Pay and Paytm gateways so we thought it was genuine… We also had the option to withdraw a certain amount for emergency use. I even urged my relatives to invest, some of them invested Rs 10,000 to Rs 50,000. We received credit coins in our electronic wallet and received offers on mobile recharge and electricity bills. . We were told we would receive Bitcoin, but by August 2021 the website was gone, ”Joshi said.

His family filed several complaints in Ghaziabad, Delhi, Noida and on the Cybercrime Portal. “Losing Rs 2 lakh is a lot for us. We needed the money because we had to close our shop during the lockdown. My dad was upset and my relatives were angry. No one helped us. We are still trying to connect. with the administrators of the group… in the hope of getting some of the money back, ”Joshi said.

Likewise, Shrikant Kaushik, a trader from Gurgaon, said he lost more than Rs 6 lakh after a group of men convinced him to “invest in cryptocurrency”.

“In 2019-2020, I came across several social media influencers promoting an investment program. Their profiles were verified, and I was promised an iPhone if I invest in their business. I started giving Rs 2,000 to Rs 5,000 per month. I received 500 Rs per month in e-wallets which can be used for mobile top-up and DTH; some investors also received phones. We were then told to buy Ethereum coins using their platform, I bought five for a rate of Rs 50,000 per unit. Soon I saw messages from other influencers saying the schemes were bogus. I was shocked and realized that all my money was gone, ”he said.

“My father is a retired civil servant and I am the breadwinner. I have tried filing complaints in Haryana and Delhi but do not have an update on the case. I lost a lot of money and I’m still trying to get it back, ”he said.

The Indian Express looked at the complaints and FIR copies of the three cases and found that no arrests had been made in the case of Kaushik and Singh since the defendants are based in China and the United States. In Joshi’s case, the police identified the accused and arrested some of his associates, and approximately Rs 10 lakh in cash was recovered.

Expressing a note of caution, DCP Malhotra said, “We have advised the public to invest wisely… check websites and accounts and do their research. Most of the accused present pink pictures and diagrams which are not valid. One should check valid plans and not invest money to get instant returns. There are platforms or exchanges to invest in cryptocurrency that have genuine websites. We also have a hotline to prevent such scams.

In January last year, 15 people, including two Chinese women, were arrested for allegedly deceiving hundreds of investors. They launched two apps, Play Rummy and New World, which were billed as “investment companies” where users would get instant returns.
The accused would send links to Telegram groups to invite people. Some investors received returns in the first month, but the money quickly stopped.

“The accused converted the cheated amount into cryptocurrency and sent it to kingpins in China. The Chinese nationals then converted the virtual money into other foreign currencies. As there are no laws Strictly Protecting Crypto Transactions, Anyone Can Convert Cryptocurrency, ”an officer said.

The two women, Chaohong Deng (27) and Wu Jiazhi (54), were arrested with Rs 4 crore of defrauded money while two other Chinese nationals managed to escape.

The arrested men claimed the apps were start-ups based in Bengaluru, but all the money was sent to the creators in China and users were stranded after investing a huge sum. Two of the arrested defendants, Avik Kedia and Ronak Bansal, are chartered accountants, police said.

And in January 2021, the Economic Offenses Wing arrested a 60-year-old man for allegedly deceiving more than 50 people into creating a fake cryptocurrency. “Since there is not a lot of information available on virtual coins, many people invested in the business believing it would flourish like Bitcoin and Ethereum,” said an EOW officer.

The accused, Umesh Verma, was arrested at IGI airport on his arrival from Dubai. Verma and her son started a website called Pluto Exchange and launched a new “currency” called “Zarus Coin”.

“They mainly targeted businessmen in Delhi and gave investors a 20-30% return on their investment, but gave them post-dated checks,” the officer said. Verma, a jeweler, is still in police custody. His bond was rejected by the High Court.

Last June, the Delhi Narcotics Control Bureau arrested eight people and seized 22 lakh of psychotropic tablets such as Tramadol, 60,000 bottles of codeine syrup and 245 kg of other drugs. Officials said the accused used Darknet to sell the drugs and that the operation was carried out from Delhi, Uttarakhand, the United States and Canada.

“They used cryptocurrency for transactions to escape arrest. They were making the drugs in India and sending them as ‘herbal supplements’ to vendors in the UK, US and Canada, ”an officer said.

The following factors could affect the Italian markets on Monday. Reuters has not verified the …